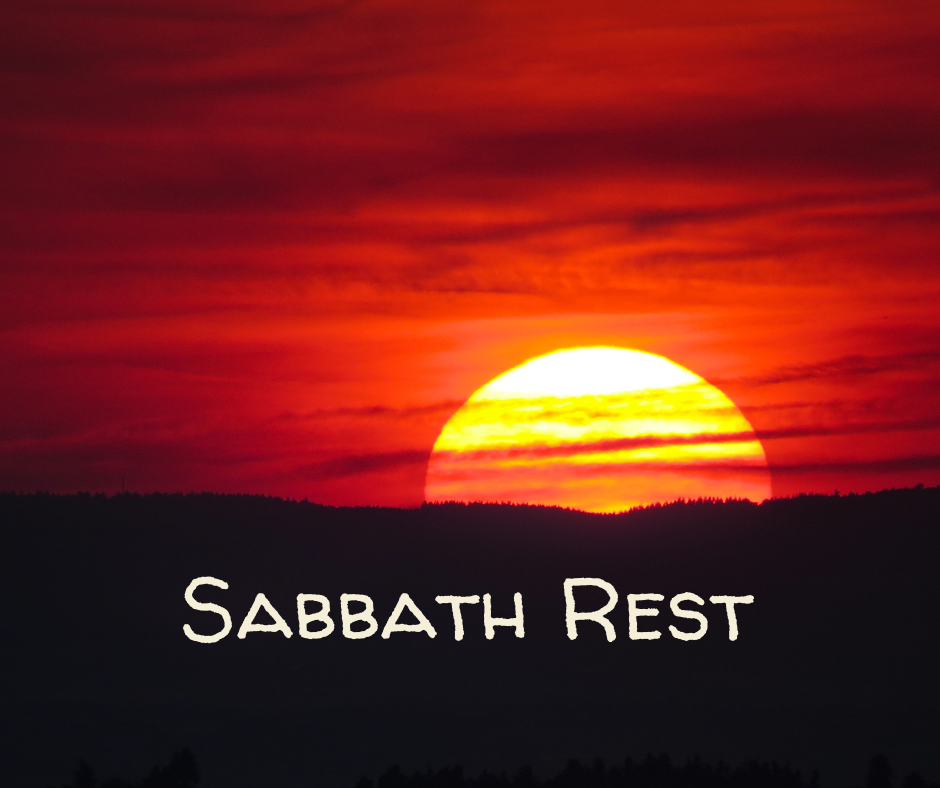 Are you familiar with the ten commandments?

You probably thought to yourself, ‘yes of course.’

I thought I was too.

I do know the ten commandments enough to tell you what they are, probably not in the right order as they are laid out in the bible, but I could ramble them off if asked.  But knowing them and understanding them are very different.

I’m not going to go into detail on all the commandments in this post although they are all important, instead I’m going to focus on the one that recently surprised me.  I have been a Christian for twelve years now.  Even though I have heard this commandment over and over, read it time and time again, and seen it marketed for years, I never took the time to understand it, and obey it, until a couple weeks ago.

The fourth commandment in Exodus 20:8 say’s “Remember the Sabbath day, to keep it holy.” (NKJV)

This commandment comes right before; honor your father and mother, and you know don’t murder, don’t commit adultery, and don’t steal!

Have you ever taken the time to acknowledge that commandment?  Or better yet obey it?

I recently attended a conference.  Although the conference itself was amazing because of the talented women who shared their thoughts and testimonies, it was the words from another attendee that caught my attention.  One of the speakers asked if there were any books that stood out in our lives as being, life changing.  There were many responses, but a book by the author John Mark Comer, called The Ruthless Elimination of Hurry wouldn’t depart from my thoughts.

I knew it was because the word hurry defines the rhythm of my life in this current season and if I’m honest most seasons.

I ordered the book that day on audible and as my ears devoured the words, my heart grabbed them tight, not wanting to let go of the ideas being introduced to my mind.  The entire book was full of good information but exactly half-way through, there was a chapter titled Sabbath.

I paused, or stopped rather, as I read this and thought, is this possible?

I listened to and relisted to the chapter on Sabbath, taking notes and looking up the scriptures as Comer referenced them to make sure all that he was saying was true.  He referenced Genesis 2:3; Then God blessed the seventh day and sanctified it, because in it He rested from all His work which God had created and made (NKJV).  He referenced Hebrews 4:9-11; “There remains therefore a rest for the people of God.  For he who has entered His rest has himself also ceased from the works as God did from His.  Let us therefore be diligent to enter that rest, lest anyone fall according to the same example of disobedience (NKJV). Again and again, Comer made a clear point that this command to Sabbath was incredibly important and was mentioned all throughout the bible, both in the Old and New Testament.  Comer explained that not only are we to obey it because we are to obey God but that it was important because of the life-giving nature of the command.  Then he pointed out the verse in Mark Chapter 2, verse 27.  Jesus is talking here; And He said to them, “The Sabbath was made for man, and not man for the Sabbath.”

At this point I was convicted.  I had always known that the sabbath was defined as a day of rest, but I didn’t put two and two together that it was not only commanded but wait for it…commanded for our good!

We need to Sabbath.

In this crazy world, how often do we allow ourselves to truly stop and rest?  To stop doing, buying, striving, producing, accumulating.  We or rather me at least are always doing something as there will always be something to do.

As I became more and more convicted that I had not been obeying this command or even acknowledging it, I decided as a Christian and child of God, I had to start.  I was not ignorant to the importance of it anymore.  I couldn’t unread what I had read in the bible, I couldn’t unhear what the author had explained so well from God’s word, and if I didn’t obey it now, I would be intentionally disobeying God.

So, I read my notes and the chapter to my husband and kids, and we planned a Sabbath day.

We agreed that we would need to ease into this and figure out how this was going to look in our home, but that the seventh day of the week from now on would be a Sabbath day for our family.

We used the easy equation that Comer gives in the chapter.  Sabbath = rest and worship and decided as long as what we did on the Sabbath day lined up with one of those two word’s we were good.

April 10, 2022, we turned off all devices and took our first sabbath.  We read books, we looked out the window, we took naps, we prayed, we built a fire and intentionally enjoyed creation.  We drove to a cemetery and took a walk acknowledging that this world in not the end, not our eternal home, and we talked about it as a family.  We slowed, we enjoyed one another, we reintroduced our home and our ears to silence.  That silence, that rest, that obedience to God was life giving!

We felt different.  Two weeks later and two sabbaths in as I write this, I still feel different.  I feel closer to God.  I love Him and desire to obey Him and with that comes blessings that only the heart could fully explain.

I recommend you read this book and try to Sabbath for a day, you will be refreshed and feel more alive and closer to God than you can imagine.

Blessings in obedience to our heavenly Father are far better than any earthly blessing.

I pray you make time to rest friends and choose to Sabbath routinely in obedience and love to our, creator.